To share your memory on the wall of Anthony Rosena, sign in using one of the following options:

Provide comfort for the family by sending flowers or planting a tree in memory of Anthony Rosena.

Provide comfort for the family of Anthony Rosena with a meaningful gesture of sympathy.

Anthony J. Rosena, of Easley, SC, formerly of Williamstown, WV, went to be with the Lord on Wednesday, August 5, 2020. He was the son of the late Anthony and Celia Rosena of Van Vorhiss, PA.

He is survived by two daughters, Cyndi Huff (t... Read More
Anthony J. Rosena, of Easley, SC, formerly of Williamstown, WV, went to be with the Lord on Wednesday, August 5, 2020. He was the son of the late Anthony and Celia Rosena of Van Vorhiss, PA.

Anthony was a Corpsman in the U.S Naval Reserve and later graduated from Pittsburgh Art Institute. He worked as a top designer for such prominent Art Glass Manufacturers such as Gay Fad, Jeanette Glass, and Fenton Art Glass - from which he retired after 25 years. He was a lover of art, Opera, and Classical Music. He will be remembered for his sense of humor, generosity, and most of all the love for his family.

A graveside service will be held, 11:00 AM Tuesday, August 11, 2020 at the Monongahela Cemetery in Monongahela, PA.

In lieu of flowers, the family requests that memorial donations be sent to the Alzheimer's Association or National Alliance on Mental Illness.

To send flowers to the family or plant a tree in memory of Anthony John Rosena, please visit our Heartfelt Sympathies Store.
Read Less

Receive notifications about information and event scheduling for Anthony 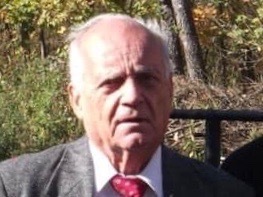 We encourage you to share any memorable photos or stories about Anthony. All tributes placed on and purchased through this memorial website will remain on in perpetuity for generations.

We encourage you to share your most beloved memories of Anthony here, so that the family and other loved ones can always see it. You can upload cherished photographs, or share your favorite stories, and can even comment on those shared by others.