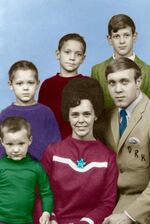 On November 26, 2020, Barbara Faye (Ford) Massengale, 85 of Mauldin, went home to be with her Lord and Savior Jesus Christ.

She was born April 29, 1935, in Greer, South Carolina, the youngest of four children of the late Claude and Nina (Henderson) Ford. She was a lifelong member of Cross Roads Baptist Church. Barbara was educated in the public school system at Pliny Grange grade school and Simpsonville High School. She was twice married and divorced, once to Hovey Gravley and once to Thomas A. Massengale.

Barbara grew up on a farm like many people in rural South Carolina, but when a cotton field worm scared her from the manual labor of that life, she became the entertainment. She would often sing songs, fetch water, drive the family car, fly in an airplane, or make “frog houses” with her big sister Jewel by pushing their feet in the mud of a stream near their house and putting moss on top.

Despite being vertically challenged, she tried out for and made the Simpsonville High School basketball team. She told stories of how her coach, Eddis Freeman, would encourage her to get in there with the bigger girls and shoot the ball. She received a basketball letter for her accomplishments.

After two marriages and five sons, Barbara went to work at Payless shoe store in Greenville. Though she enjoyed her job, it did not provide enough income for a single mother with three children so she went back to school and graduated from Draughon’s Business College in 1973. After graduation, she went to work at Castings Incorporated on Mauldin Road where she grew in her skills and abilities as an administrative professional and made many friends. In 1977 she began a career with the Greenville Hospital System where she worked in the Education Department. It was a job she loved and would continue until her retirement in 2000.
She was the proud mother of five boys and would “get after” anyone who thought they were not the finest in the world.

She was predeceased by an older sister Pallie (Ford) Bass and an older brother John Henry Ford.
Surviving are five sons Randy Massengale (Susan), Ricky Massengale (Ruby), Roger Massengale, Robbie Massengale and Rusty Massengale along with her sister Jewell (Ford) Feronti of Simpsonville. She is the Grandmother of 16, great-grandmother of 24, and great-great grandmother of 4
The family wishes to express their thankfulness for the excellent care from the staff at Simpsonville Rehabilitation Services and Palladium Hospice.

Funeral services will be held at 2:00 p.m.s on Wednesday, December 2 at Cross Roads Baptist Church, 705 Anderson Ridge Road, Greer, conducted by Rev. Joey Estes. The burial will follow in the church cemetery.
Visitation will be held from 1 to 2 at the church.

Instead of flowers, memorials may be made to Cross Roads Baptist Church, 705 Anderson Ridge Road, Greer, SC 29651.