To share your memory on the wall of Billy Williamson, sign in using one of the following options:

Billy will be remembered for his service in the Army, the love he had for his Country, Westerns, his story telling, and his hard work. He was an extremely loving son, father, and grand father.

The family will receive friends Saturday, March 21, 2020 at 3 pm at Palmetto Mortuary, with a service to follow.

A burial will be held Monday, March 23, at 10am at MJ Dolly Cooper, in Anderson, SC.
Read Less

To send flowers to the family or plant a tree in memory of Billy Noble Williamson, please visit our Heartfelt Sympathies Store.

Provide comfort for the family by sending flowers

We encourage you to share your most beloved memories of Billy here, so that the family and other loved ones can always see it. You can upload cherished photographs, or share your favorite stories, and can even comment on those shared by others. 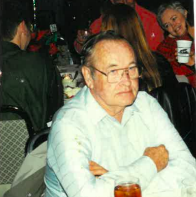