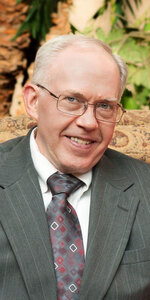 It is with sorrow and yet blessed assurance that the family of Rev. Clare Niesz Baughman announces his homegoing on Tuesday, January 5, 2021.

Clare N. Baughman, 75, of Taylors, SC, and Laon, France, formerly from OH, went to be with the Lord January 5, 2021. He was the son of the late Donald and Mary Baughman.

In addition to his parents Clare is preceded in death by his sister, Joan Annette Baughman.

Clare Niesz Baughman was born on October 1, 1945, in Dover, Ohio. He was the fifth of six children in the Baughman family. His brother Gerald led him to the Lord at the age of 12. He served seven years in the United States Navy during the Vietnam era, during which time he not only met and married Linda but also surrendered his life to the Lord for full-time ministry. After graduating from Bob Jones University in 1975, Clare taught for three years in Christian schools and was involved in evangelistic ministries. In 1978 Clare and his wife answered the call of God to go to France as missionaries. Since 1982 he faithfully served the Lord in church-planting ministries in four cities, seeing many souls saved and discipled in the Word of God. But perhaps the most significant aspect of his ministry was getting the faithful Ostervald Bible back into print for the French-speaking world. Sharing God's Word was his passion.

"For to me to live is Christ, and to die is gain."

In lieu of flowers, contributions may be made to: B.E.A.M.S, a Bible printing and distributing ministry, www.beamsbibles.com or (226) 832-1096