To share your memory on the wall of Darst Rose, sign in using one of the following options:

Provide comfort for the family by sending flowers or planting a tree in memory of Darst Rose.

Provide comfort for the family of Darst Rose with a meaningful gesture of sympathy.

Yvonne was a woman of great determination, ability, fortitude, and a jack of all trades. She
attended Castlewood High, ended up getting a GED then launched into a season of collecting higher educational degrees. A degree in nursing was her first stop next came degrees in psychology/social work from Virginia Intermont then a Master of Arts and Teaching from ETSU. She listed her occupations as a mother (69 years), nurse (12 years), social worker (10 years), teacher and counselor (28 years) not retiring from public work until 69 years of age. In 1970, she was named Nurse of the Year for the State of Tennessee by the Tn. Nursing Association. Many an Appalachian child received counseling and comfort from COOL, Controlling Our Own Lives, a program she wrote, developed, and trained to inspire peer mediation and character development. She received many accolades and acknowledges as she served the underprivileged children in all of Dickenson County.

In her life’s journey, she called home, Dante, Kingsport, Castlewood, Gravel Lick, Bristol,
and Abington. A marriage to Harry Allen Rose took her to Caney Ridge in Clintwood, Va. She later moved south to be near Darst and Darst’s family where she lived in Greer and then lastly in Taylors, SC where she was Darst’s neighbor.

Versatile and talented, she was. She wrote many songs in acapella style. As a poet, she had a published book of poetry, in which she wrote of birth, life, and love. She wrote of death “on the way to rendezvous with you but, hallelujah, ye lay no claim to my soul” and as a lyricist she penned “tell Him all about it [life] down on my knees” allowing rhyme and harmony to provide a glimpse into her heart.

As time laid its toll and she became less mobile physically, she turned to a crochet hat
ministry called “One of A Kind Hat Ministry”, a card ministry. She was known for her beautiful
handwriting. She made hundreds of hats for those with cancer, or those simply desiring to fend off the cold. Perhaps those reading may doff one’s hat in memory of Yvonne. Yvonne attended Peuther Chapel, Rachel’s Chapel, and last attended, and was a member of First Presbyterian Greer. All churches that loved her well.

When Yvonne got her final promotion, family left to remember her were her sons, Timothy
(Kathy) and Christopher (Wanda); daughter-in-law, Kathy, widow of Randall; and her beloved
daughter, Darst (Russell). Sister Sandra predeceased her, but her sister Dolores was her best friend till the day Yvonne passed. She is also survived by her grandchildren: Heather (Adam), Jessica, Anthony, Ashton, Brianna (Ashton), Christopher, Jr., Morgan (Isaac), Branson and Kori; and many great-grandchildren.

Yvonne’s ashes will travel back to the Appalachian land of her birth. Those that are able are
invited to attend a memorial service to be held on Friday, November 27, 2020 at 2:00 pm in St. Paul, Virginia at the Assembly of God Church. Words of grace and remembrance will be offered by Pastor Joe Sluss from her home church on Caney Ridge. Remember that social distancing and masks are the required behavioral norms these days.

Receive notifications about information and event scheduling for Darst 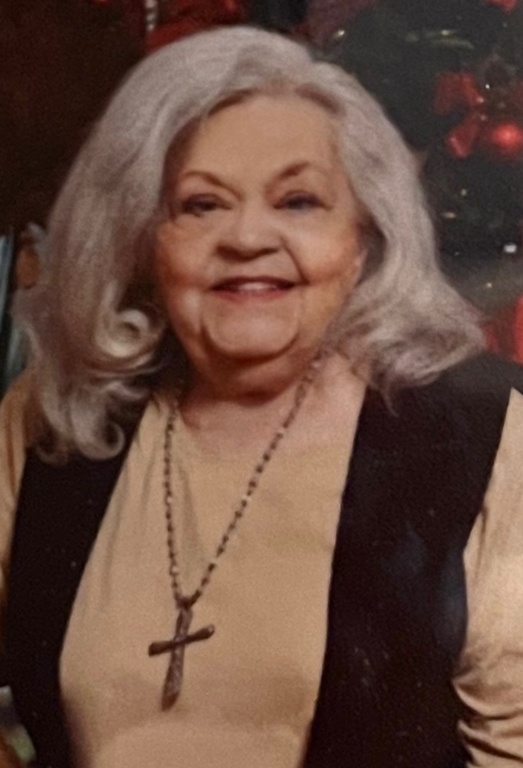 We encourage you to share any memorable photos or stories about Darst. All tributes placed on and purchased through this memorial website will remain on in perpetuity for generations.

We encourage you to share your most beloved memories of Darst here, so that the family and other loved ones can always see it. You can upload cherished photographs, or share your favorite stories, and can even comment on those shared by others.