To share your memory on the wall of Earl Hutchins, sign in using one of the following options:

Provide comfort for the family by sending flowers or planting a tree in memory of Earl Hutchins.

Provide comfort for the family of Earl Hutchins with a meaningful gesture of sympathy.

Earl Wayne Hutchins, age 70, was the fourth of five children born to Hubert Clyde and Cornelia Gilbert Hutchins. Earl was born in Athens, Clarke County, GA, and lived with his family in Auburn, Barrow County, GA. He grew up on the same farm where his father was raised. He graduated in 1968 from Winder-Barrow High School in Winder, then attended the University of Georgia, graduating from there in August 1971. He earned his M.D. from Medical College of Georgia in Augusta in 1975 and entered the U.S. Navy, where he completed his internship and residency in family medicine. He served in Charleston, SC, and Memphis, TN.
After his tour of duty in the Navy, Dr. Hutchins moved to Greenville, SC, where he joined the staff of Exigent Medical Center in 1981 as an urgent care physician. In 1983 he opened his own urgent care center in Mauldin—Pine Tree Medical Center, which he operated until 1995. He then operated Hillcrest Medical Center, an urgent care and family medicine center in Simpsonville, until 2004. For the next few years, he worked at Doctors’ Care in Simpsonville and other urgent care facilities. At the time of his death, he was providing diabetic counseling for patients at Amnesty Health Group in Greenville.
Dr. Hutchins married Katherine Sadowski from Lorain, OH, in June 1975. They had two sons, Christopher Hubert and Matthew William Hutchins. Christopher currently lives near Cleveland, OH, with his wife Ann Marie. Matthew resides in Los Angeles, CA, with his wife Halyna and son Andros.
In 2004, Dr. Hutchins married Theresa Hampton, of Fountain Inn, SC. She had worked as his office assistant at Hillcrest Medical Center, and remained his faithful helpmate for the rest of his life.
Earl was preceded in death by his parents. In addition to his wife, sons, and grandson he is survived by brothers Dr. Charles Hutchins of Gastonia, NC, and Randy Hutchins of Linville, NC. Surviving sisters are Dorothy Lindquist of Port Orchard, WA, and Linda Pendergrass of Simpsonville, SC. He is also survived by step-daughters Theresa Ruth Hampton and Carly Judd of Greenville. Surviving step-grandchildren are Andrew Judd and Rachael Noone, as well as step-great granddaughter Amelia Noone.
Earl was an avid skeet shooter and hunter. He also enjoyed golf, chess, and preparing smoked meats. He remained a faithful Georgia Bulldogs fan all his life.
A memorial service for Dr. Hutchins will be held at a later date. Memorial donations may be made to: Greenville Humane Society, 305 Airport Road, Greenville, SC, 29607.

To send flowers to the family or plant a tree in memory of Earl Wayne Hutchins, please visit our Heartfelt Sympathies Store.
Read Less

Receive notifications about information and event scheduling for Earl 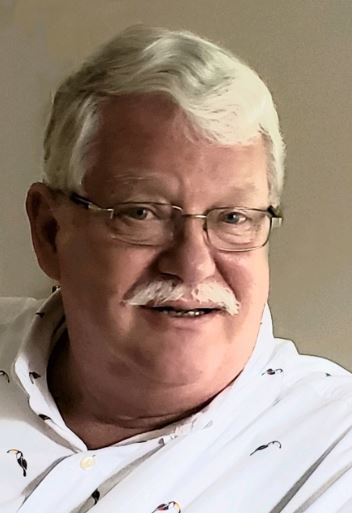 We encourage you to share any memorable photos or stories about Earl. All tributes placed on and purchased through this memorial website will remain on in perpetuity for generations.

I was sorry to hear of Earl's passing. He was very kind to me at Pine Tree Medical Center in the early 80's, not only giving me part-time work as I was preparing to go to Haiti as a missionary, but also giving me great medical insights. His training in family medicine was a very practical balance to my training in surgery. And I can still hear his laugh when something funny occurred.
Praying for his family at this time,
Anne Livingston, MD
Comment | Share Posted Nov 24, 2020 at 01:24pm via Condolence
JF

loving memories for cousin Earl and everything he did to help with healing humanity!! Our parents Tom and Adele would send love as well.

Theresa I sure am sorry to hear about Earl. I've missed seeing you and Buddy since all this COVID going around. Hopefully it will soon be over. You are in my prayers and hope to see you before too long.
Nancy Goodwin
Comment | Share Posted Nov 16, 2020 at 07:48pm via Condolence