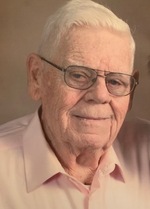 Edward Joseph "Ed" McLaughlin, of Simpsonville, South Carolina, passed away on Saturday December 5, 2020 at the age of 83. After months of failing health, he died peacefully within his home with his beloved wife, Lee by his side.

Ed was born on October 13, 1937 in Scranton, Pennsylvania to Martin "Jerome" McLaughlin and Mabel McLaughlin (Rorick). He was raised in Jersey City, New Jersey before moving to Saylorsburg, Pennsylvania. In his early years, Ed spent time serving in both the United States Navy and the United States Air Force. Ed’s adult career encompassed several positions working in the transportation industry, most notably driving busses for De Camp bus line in New Jersey and also driving trucks for Roadway Express. In 1996 Ed moved to Simpsonville, SC with Roadway Express where he would eventually retire.

Those that knew Ed knew he had a profound love for dogs, specifically German Shepherds. This love also brought him to be an avid enthusiast of Dogs for Autism (now Vested Partners) of Greenville, South Carolina. Ed and Lee would raise puppies in their home, take them to all required training and eventually return the socialized dogs back to the program for placement with children with Autism. He took great pride in the work and also developed a deep love for each of the animals, and in several instances adopted those animals that could not successfully complete the program.

A private service will be held for immediate family and friends at Grace Covenant Presbyterian Church in Mauldin.