To share your memory on the wall of Elizabeth Keel, sign in using one of the following options:

Provide comfort for the family by sending flowers or planting a tree in memory of Elizabeth Keel.

Provide comfort for the family of Elizabeth Keel with a meaningful gesture of sympathy.

Liz was proceeded in death by her parents Russell and Johanna Macaluso.

Liz was a graduate of the University of Arizona and competed as a Division 1 track and field athlete. This was also where she met her adoring husband which has been the greatest joy of her life. Liz and Dale moved to Chicago and later settled in Greenville, South Carolina.

Throughout her life Liz traveled the world always in search of the next adventure. She was a mom to three dachshund’s Arthur, Ozzie and Harriett, and made the best Caesar salad dressing out there. Her laugh was infectious, she had the biggest heart and her light was so bright everyone wanted to be around her. Liz had the most meaningful friendships filled with constant laughter that enriched every part of her life.

Professionally Liz inspired and was inspired by so many of her Ariat colleagues and clients who she considered family. It has been a community of unwavering support and encouragement and she truly felt like she never worked a day in her life because she loved what she did. Liz had a way of telling you what and how to do things but if you were smart you never questioned her.

Most of all Liz loved her husband, family and friends. She will be dearly missed, forever in our hearts and will always be with us.

There will be a celebration of life held later this year in Greenville and Chicago.

In her memory and honor donations can be made to St. Jude’s Children’s Hospital in the name of Liz Keel. https://fundraising.qa.stjude.org/goto/Liz_Keel

Receive notifications about information and event scheduling for Elizabeth 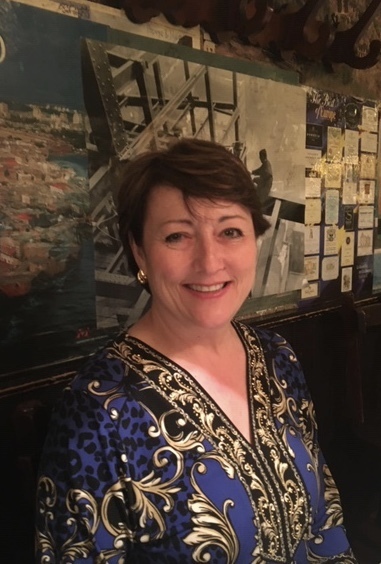 We encourage you to share any memorable photos or stories about Elizabeth. All tributes placed on and purchased through this memorial website will remain on in perpetuity for generations.

Absolutely shocked to hear about Liz. Much love to her family and especially to Dale.
Comment | Share Posted Jun 24, 2020 at 07:47pm via Condolence
TF

We are thinking of you during this difficult time. Sincere sympathy from Bob Thorp, Robert Thorp, and Roger Tully with Smoky Mountain Boots

Flowers were purchased for the family of Elizabeth Keel.
Comment | Share Posted Jun 02, 2020 at 03:45pm via Floral Arrangements

So sorry to hear of Liz's passing! We will truly miss our friend, who was so full of life. Our thoughts, and prayers go our to Dale and her friends and family through this time. Love Buckie, and all of us at Mt. Holly Farm Supply
Comment | Share Posted Jun 02, 2020 at 03:30pm via Condolence

Brandon and I were heart broken to hear that Liz had passed. Her and Dale w Ariat helped us to open a Western Retail store in West Jefferson NC. She always made time for anyone no matter what she was doing. But she was so much more than a rep. She came to see us w a smile and helped us as long as it took, day and night. Had wonderful times with her and Dale in WJ and trade shows. We will miss her dearly. God has truly gotten a beautiful angel💜❤️
Comment | Share Posted Jun 02, 2020 at 02:49pm via Condolence