To share your memory on the wall of George Souza, sign in using one of the following options:

Provide comfort for the family of George Souza with a meaningful gesture of sympathy.

Print
George Vedder Souza, 88, of Pelzer, SC went to be with the Lord, Saturday, March 28, 2020. George was born in White Hall, Illinois to the late Clarence Souza and Nellie Vedder Souza.

George is survived by his loving wife Wanda M. Souza ... Read More
George Vedder Souza, 88, of Pelzer, SC went to be with the Lord, Saturday, March 28, 2020. George was born in White Hall, Illinois to the late Clarence Souza and Nellie Vedder Souza.

In addition to his parents he was preceded in death by his sister Joyce Christison; and a granddaughter.

George served in the United States Army, received a masters degree, was a minister, loved gardening and landscaping. All through his adult life he was overjoyed with the thought of God’s forgiveness; but especially in the later years of his life. He knew he needed and received the Lord’s forgiveness and was often humbled at the thought that God would forgive him. We celebrate the love and mercy of God who delights in pardoning all who repent of their sin. Heaven will be filled with such undeserving forgiven people. He will be remembered for having a heart for others and giving sacrificially for those in need. He was a loving husband, father, grandfather, and great grandfather. His family will miss him so much, especially remembering the times towards the end of his life sneaking snacks.

A graveside service will be held Tuesday, March 31, 2020, at 1pm at Woodlawn Memorial Park, Greenville, SC.

In lieu of flowers, contributions may be made to: Grace Baptist Church of Pelzer, 8841 Augusta Rd., Pelzer, SC 29669, for a landscaping/lighting project.
Read Less

To send flowers to the family or plant a tree in memory of George Vedder Souza, please visit our Heartfelt Sympathies Store.

Receive notifications about information and event scheduling for George

We encourage you to share your most beloved memories of George here, so that the family and other loved ones can always see it. You can upload cherished photographs, or share your favorite stories, and can even comment on those shared by others. 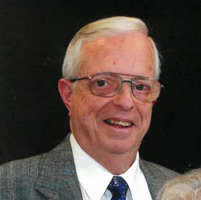