To share your memory on the wall of James Brown, sign in using one of the following options:

In addition to his l... Read More
James "Jayme" Harrison Brown, 27, of Greenville, SC went to be with the Lord Monday, June 29, 2020. Jayme was born in Greenville, SC to his parents Anthony "Tony" Hugh Brown, Jr. and Susan Elizabeth Tesner Brown.

Jayme loved drawing, music and all creative art forms, fitness, and weight lifting. He loved his son dearly and spent almost all of his time consumed by Reece. He was a tenacious fighter with unparalleled strength, grit, and was known for his tender and kind heart. A brother by blood to two; a brother in arms to many. He often was caught red-handed giving generously to the homeless, even when he was in need. Gentle enough to play with children and resilient enough to fight for what he believed in. In his teens and early 20's Jayme led his family to know Christ. Something he was very proud of.

The family will receive friends Sunday, July 5th, 2020, at 2pm at Palmetto Mortuary in Greenville, SC. A service will follow at 3pm.

In lieu of flowers, contributions may be made to the Brown family in support of a trust being set up for Jayme's beloved son Reece.
Read Less

To send flowers to the family or plant a tree in memory of James Harrison Brown, please visit our Heartfelt Sympathies Store.

Receive notifications about information and event scheduling for James

There are no events scheduled. You can still show your support by sending flowers directly to the family, or planting a memorial tree in memory of James Harrison Brown.
Visit the Heartfelt Sympathies Store

We encourage you to share your most beloved memories of James here, so that the family and other loved ones can always see it. You can upload cherished photographs, or share your favorite stories, and can even comment on those shared by others.

Shannon and family sent flowers to the family of James Harrison Brown.
Show you care by sending flowers

Posted Jul 04, 2020 at 08:04pm
Tony, Susan, Ryan and Logan, I am so sorry to hear about this very sad news. There are no words I can share to help with your sorrow. I can say Jamie was a very sweet person. I remember all the times he spent with Brady as they were going up. Always generous, helpful and shy. I regret not knowing him as an adult. I’m sure he was a wonderful father because he had wonderful parents. My love, thoughts and prayers go out to you all, Sandy
Comment Share
Share via:
A

Posted Jul 04, 2020 at 01:17am
Wow just now realizing that you have passed... you and you’re brothers were my childhood growing up.. rest easy bro i can’t warp my head around this I hope all strength and love to everyone... watch over me up there 😞❤️
Comment Share
Share via:
AB

Posted Jul 03, 2020 at 11:47pm
We didn’t get off on the right foot when we first met. However I’m glad you became a really good friend to me. Best memory was sitting on top of Paris Mountain which we had to walk to from the bottom of the hill since it was closed off. I made the joke out of breath of gah I’m getting fat from all this pizza I eat, you chuckled and was like well work out I’m down to run or whatever whenever you’re ready 😂😂 We sat up there for 2 hours just talking about anything and everything including your want for sobriety and just good people in your life. Jayme it seriously hurt my heart to get this news. I just yelled NOOO. You will be missed by so many and forever loved. Delilah still asks about Uncle Jayme and I’ll be sure to keep your memory alive!!
Comment Share
Share via:
NH

Posted Jul 03, 2020 at 08:39pm
From the very beginning of his life.. jayme has been loved by his family and I remember being so proud of him and wanting to show him off!.. the most handsome brothers ... my nephews. I will always remember you with pride and my love will always remain
Comment Share
Share via:

Posted Jul 03, 2020 at 07:16pm
Susan, we remember the times that your mom brought Jayme up to visit his Uncle Bud with fondness.
Comment Share
Share via: 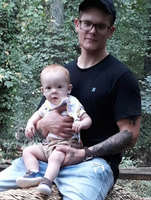 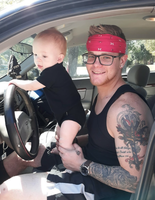 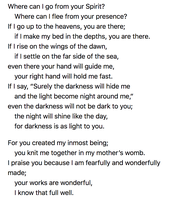