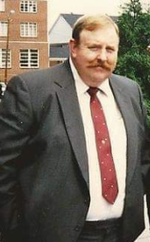 In addition to his parents Terry was preceded in death by his siblings, Jay Ducker and Jerry Ducker.

Terry joined the US Army, and served during the Vietnam War. He continued to protect lives as a military police officer, and furthered his career as a police officer for Buncombe County, NC, Greenville County, SC, Wellford, SC, and served as Chief Police of Lyman, SC. He won many awards and achievements throughout his career in law enforcement, and recognized by many for his duty and selfless devotion to his job. Though focused on the work at hand, his heart was always home. He was a devoted husband and loving father. He enjoyed family time going on picnics, mountain rides, fishing, and family trips. He enjoyed motorcycles, music and firearms. For the remainder of his life, he loved his wife, his children, grandchildren, great grandchildren, and his brother. He will be remembered and missed by many.