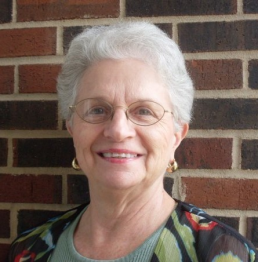 Sandra Ann White Ray, 84, went to be with her Lord and Savior on August 6, 2022 after a years-long battle with Alzheimer’s disease. She was a faithful woman who loved the Lord, her family, church and community.
Sandra was born to Luke Smith White, Jr. and Geraldine Butler White, in Columbia, South Carolina on September 17, 1937. She was raised in Saluda, South Carolina. She was a majorette and a star basketball player in high school. Upon graduation, she attended Furman University. She transferred to North Greenville Junior College, where she met the love of her life, Bill Ray. Bill swept her off her feet and they soon married. Bill joined the Air Force and they began their married life together in Montgomery, Alabama, where they were assigned to Maxwell Air Force Base. While they were stationed there, Sandra gave birth to two daughters; Kim and Lisa. As the family grew, Bill and Sandra made the decision to leave the service and move to Greenville, South Carolina. There, Sandra gave birth to their third child, Jeff.
After living in High Point, NC and Vidalia, Ga, Sandra and Bill settled in Charlotte in 1972. As her children got older Sandra transitioned from stay at home mom to working mom. She had a very successful career in retail banking with Wachovia Bank. After more than 25 years of exceptional service, Sandra retired in 1999.
Sandra was a very passionate and active member of University Hills Baptist church for many years, living out the faith that had been instilled in her as a young child. Her other passion during this time was her role as beloved grandmother. She was actively involved in the lives of her 5 grandchildren. After Sandra’s diagnosis, she and Bill moved back to Greenville, SC, the city where they first met.
Sandra has been a quintessential example of a faithful life of giving, loving and selfless character. She has lived those values every day of her life, and as a result, instilled those values into the two generations that follow her. She will always remain a shining light of a faith driven and purposeful life.
Sandra is survived by her loving husband, Bill; her son, Jeff of Charlotte, North Carolina; her daughters, Kim (John) Simma of Cornelius, North Carolina; Lisa (Chris) Trull of Greenville, South Carolina; her grandchildren Cameron and Alexandria Simma, Christian, Olivia and Kailey Trull; her sisters, Cindy (Hank) Garrison of Mount Pleasant, South Carolina and Marsha (Hascal) Goff of Seneca, South Carolina; her sister-in-law Myrna White of Spartanburg, South Carolina and many beloved nieces and nephews. She was preceded in death by her parents and her brother, Dr. Larry B. White. She is so dearly missed by all.
A Memorial Service will be held at Rolling Green Village, Hoke Smith Blvd (follow signs to the Village Center), Blue Ridge Room D, Greenville, South Carolina at 11:00 am on August 20, 2022. In lieu of flowers, donations can be made to the David Moore Foundation (davidmoorefoundation.org), a non-profit public charity with the mission of raising awareness and funds to support research and care of Alzheimer’s Disease. Palmetto Mortuary is assisting the family.