To share your memory on the wall of Carol Boyes, sign in using one of the following options:

Provide comfort for the family by sending flowers or planting a tree in memory of Carol Boyes.

Provide comfort for the family of Carol Boyes with a meaningful gesture of sympathy.

To send flowers to the family or plant a tree in memory of Carol Boyes, please visit our Heartfelt Sympathies Store.
Read Less

Receive notifications about information and event scheduling for Carol 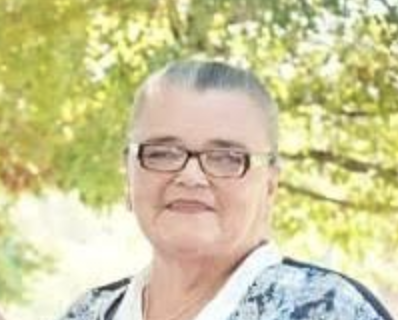 We encourage you to share any memorable photos or stories about Carol. All tributes placed on and purchased through this memorial website will remain on in perpetuity for generations.

The Boyes family were our neighbors in Union City. Carol and I created the Community Christmas Project together in the early 80’s. She was such a hard worker and driven to ensure the project was a success.
Winston, Carol and Marvin were a close family. They adored Marvin. Marvin was a staple at our house growing up and a great friend to our daughter Jessica. Carol and Winston were wonderful neighbors.
We hadn’t spoke to them in years after they moved, but we thought of them often. We send our condolences to Winston and Marvin’s family.
Comment | Share Posted May 12, 2020 at 09:05pm via Condolence
JB

We are sorry for the loss of your mother. Always remember the good times.
Our prayers are with you all.
Comment | Share Posted Apr 17, 2020 at 09:37pm via Condolence
HS

Misty and Marv, Our thoughts and prayers are with you during this difficult time. May you be comforted by the outpouring of love surrounding you.

The FTD Living Spirit Dishgarden was purchased for the family of Carol Boyes.
Order Now | Show All
Comment | Share Posted Apr 15, 2020 at 12:33pm via Floral Arrangements