To share your memory on the wall of Evelyn Taylor, sign in using one of the following options:

Provide comfort for the family by sending flowers or planting a tree in memory of Evelyn Taylor.

Provide comfort for the family of Evelyn Taylor with a meaningful gesture of sympathy.

A Graveside Funeral Service will be held Thursday, June 25, 2020 at 1pm at Graceland West Cemetery, 4814 White Horse Road.
In lieu of flowers, memorials may be made in Evelyn’s memory to Roper St. Francis Hospice,
Tobias Gadson Blvd, Suite 109B, Charleston, SC 29407.

The family would like to extend a special “Thank You” to the staff of Roper Hospice for their amazing
care of Evelyn Davis Taylor.
Condolences may be expressed online at www.thepalmettomortuary.com.

Receive notifications about information and event scheduling for Evelyn 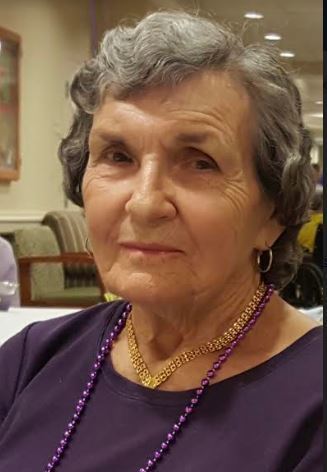 We encourage you to share any memorable photos or stories about Evelyn. All tributes placed on and purchased through this memorial website will remain on in perpetuity for generations.

Sherry and Phil, I am so sorry for the loss of you Mom. I know that she is free of all sickness and now in Heaven.
Love,
Connie
Comment | Share Posted Jun 26, 2020 at 11:34am via Condolence
S